BVA Nudge Consulting’s story is, above all, a story of passion. We are passionate about Behavioral Science and its application to the challenges that all public and private sector organizations face every day: creating sustainable, transformative change in both their consumers’ behavior and within their own organizations.

Our story began in 2013 when Eric Singler, Etienne Bressoud and small team launched BVA Nudge Consulting as an Innovation Department within the BVA Group.  In fact, our very first engagement led to the creation of our NudgeLab methodology, which was named as Best Paper and Best Case Study by ESOMAR.

Since then, we’ve remained at the cutting edge of applied Behavioral Science, though innovative new tools (such as the Drivers of Influence) and services such as Behavioral Sprint, COGNITION Audits and BE Wiser.  We’ve remained committed to thought leadership, through five books, dozens of articles, regular webinars and our BE Good podcast.  We’ve grown to become a truly global team, with experts based in Asia, Europe, North and South America.

But most importantly, we are proud to have conducted over 300 successful client engagements, on behalf of UBS, Bristol-Myers Squibb, Reckitt Benckiser, the French Government and United Nations, among many others. 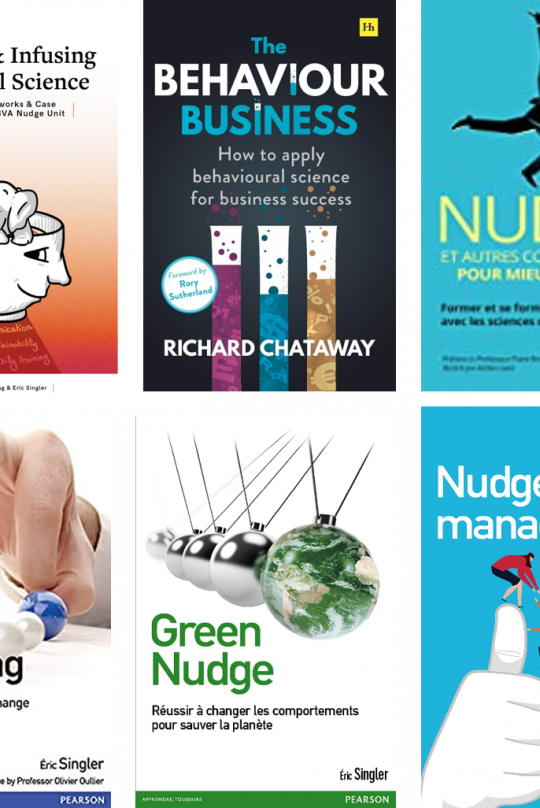 We are committed to

At BVA Nudge Consulting, we are committed to making the world a better place with simple acts that make big changes. It is at the heart of what we do; we call it Nudging for Good.

We believe that Nudge and Behavioral Science can contribute to a better world by encouraging people and organizations to adopt new behaviors which are good for them, their communities and the planet.

Whether our client is a private company, a government entity, a public administration or a non-profit organization, we believe that taking care of the interests of their consumers and citizens is the only way to build strong relationships, trust and confidence. This significant and simple act is the foundation of sustainable success in any organization.

We are so convinced by the power of Nudging for Good to contribute to a better world and ensure profitable business that we are proud to have partnered with the AIM European Brands Association in Europe and Engage for Good in the US to create the Nudging for Good Awards. These organizations reward the best initiatives from companies and organizations that use nudges to encourage people to make better decisions for themselves and the planet.

These inspiring examples are social proof that nudging for good works; simple things make a big difference, and they add up to a huge impact for the greater good. We are very proud of our nudges, and we love creating new ones daily that contribute to the success of our clients.

Let’s make a better world together.