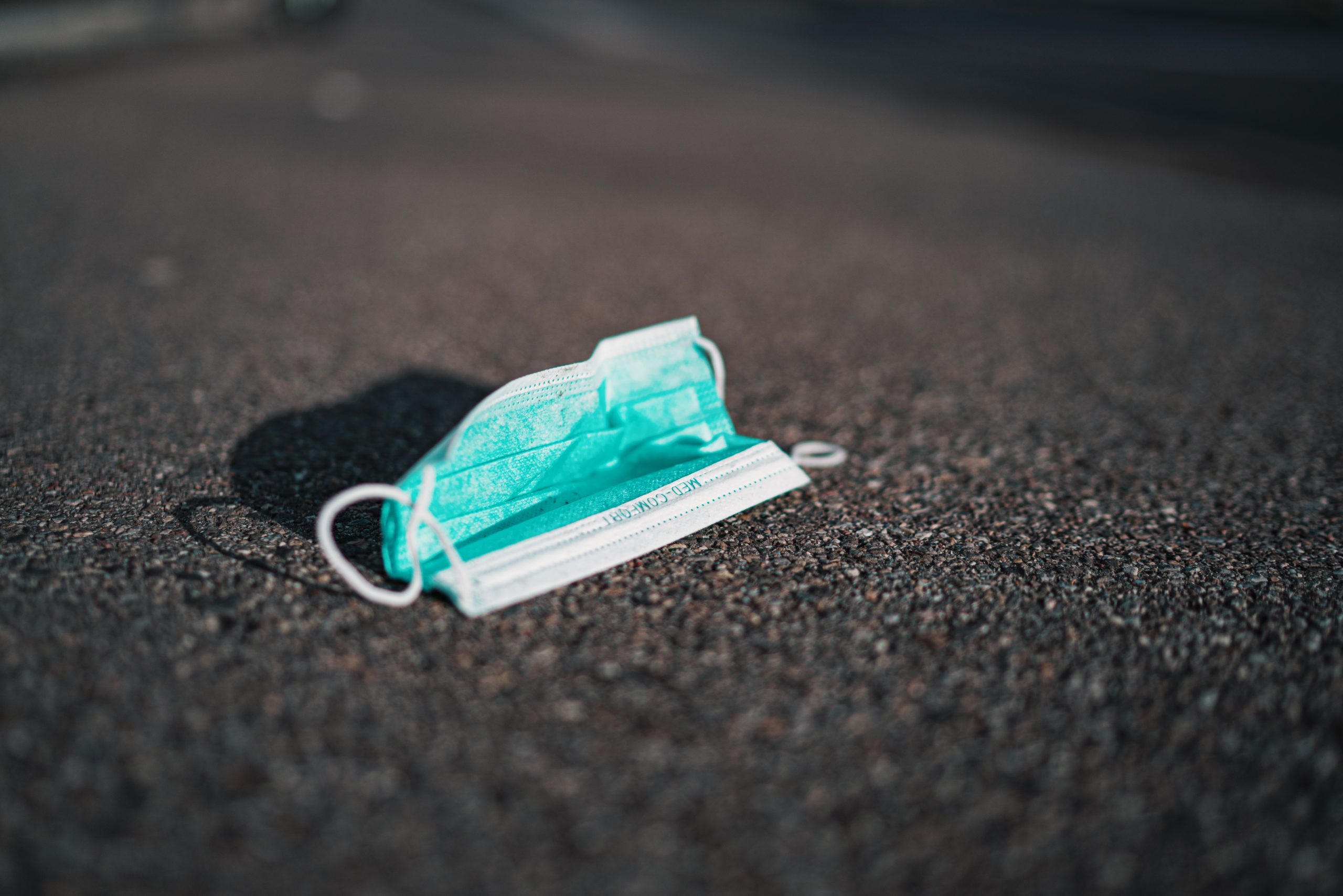 Can we ‘nudge’ away Coronavirus?

UK vs The World

Things are moving fast, but it is becoming abundantly clear that the situation we are now facing as a society with coronavirus/COVID-19 is requiring changes in collective behaviour – across the world – that are unprecedented in peacetime. The measures that governments are taking – closing bars, restaurants, shops, universities and schools – are extreme, and our friends and colleagues in many European countries are being locked down, and prevented from leaving the house, as they have been in Asia.

Much news coverage has focussed on how the UK government response differs to other countries. As I write this, it has been announced that schools are being closed from Friday afternoon for an undefined period, but this has been a reality in other countries (such as Italy) for some weeks. In France, Spain or Italy I could be fined or arrested for leaving the house without good reason right now. But where I live in south-east England, a mere 50 miles from the French coast, I could perfectly legally go and have a drink or a bite to eat in a crowded pub or restaurant, and the only sanction would be social opprobrium from my friends and colleagues (one of many reasons why I am not, and nor should you).

At the end of last week, when the only measures then taken by the UK government were to continue encouraging people to wash their hands, a BBC video interview was circulating with Dr David Halpern, the CEO of the Behavioural Insights Team (BIT). In the video, he claims the government’s strategy was based on isolating those most at risk from the virus (the elderly, and those with underlying health conditions) until “herd immunity” is achieved. Elsewhere it was reported that their advice was the stronger measures imposed elsewhere would be ineffective longer term due to “behavioural fatigue”. That is, people will eventually tire of the onerous impositions required to prevent the spread of the virus, and become more likely to break these rules – making them less effective.

The BIT, colloquially known as ‘the nudge unit’ (not to be confused with BVA Nudge Consulting), is a specialist behavioural science policy consultancy. Formerly part of the Cabinet Office, they are now a private enterprise, but with a focus on policy and societal issues for governments around the world. A number of their key staff are former colleagues of mine from my time in the UK government, and they have a strong track record of successful behavioural interventions on issues ranging from tax collection, organ donation and pensions – saving the government billions of pounds.

To say the approach they advocated here is controversial is an understatement. Aside from the inevitable Twitter backlash asking why the UK are not imposing the same measures as elsewhere, and criticising behavioural science as ‘fake science’ – leading academics and experts have questioned the validity of the science that lies behind it. A group of behavioural science academics even signed a public letter asking to see the data behind the decision – and the rest of the industry has been quick to distance themselves from the approach (example here).

Nudging alone is not the answer

I work for BVA Nudge Consulting. To be clear, we are not, and never have been affiliated to the BIT, nor have we been involved in the UK Government’s response. The ‘Nudge Unit’ is their nickname, and when our founder, my friend and colleague Eric Singler, created our behavioural consultancy in France it was a great shorthand to encapsulate what we do (like most things, it sounds cooler with a French accent too).

So I can only offer thoughts on their approach, based on what I know about behavioural science and public health. I used to work for Department of Health in the UK, alongside the pandemic flu campaigns team – and have also led public health communications strategy for the Australian Federal Government, so I have some experience in this area.

But, to be clear, I am not an epidemiologist or virologist, nor do I have any form of medical training. Neither, to my knowledge, do the behavioural scientists working on this at the BIT. For that reason I won’t go into the evidence base for the science (my friend Leigh Caldwell has written this very thoughtful analysis, and articles in the Guardian by Professors Tony Yates and Nick Chater are informative, should you want to read more).

But what I do know is that the government will have made a collective decision of action on this based on the advice of multiple scientists from various disciplines. Nudging alone is not the answer.

And this is the key point – nudges are part of the solution, not all of it. The efficacy of the UK approach, as opposed to other countries, we will only know in time (I’m not able to look into the future either).

To make this a judgment on the merits, or otherwise, of behavioural science, is a straw man argument. The government should be using all the tools available to it, and new data as it becomes available – and it will be. Its policy has changed tack in the last few days as a result of new analysis by mathematicians at Imperial College, London for example, which massively increased the predicted deaths from this approach.

Professor Richard Thaler, co-author of the book ‘Nudge’, and winner of the Nobel Prize for Economics in 2017 has been at pains to point this out himself – it is not an either/or decision, ‘nudges ‘ are one of many measures to be applied.

In fact, at the daily press conferences the Prime Minister has been flanked by the two most senior government scientific advisors: the Chief Scientific Officer (Sir Patrick Vallance) and the Chief Medical Officer (Professor Chris Whitty). And when announcing measures to combat the spread of the virus, they are given as much time as the PM in explaining the measures.

This is interesting in behavioural terms because a key lesson of behavioural science is this: who, and how, information is presented is as important as what is being said. When I was working for the UK government in 2010, we developed best practice training on behaviour change communications. We used the case study of the previous year’s swine flu pandemic, where one of the findings was that information on desired behaviours was much more likely to be adhered to when communicated by the CSO, than by politicians.

Authority bias is our tendency to follow the lead of perceived independent authorities – particularly white-coated scientists, as the infamous Milgram experiments demonstrated – rather than those whose motives and behaviours we mistrust. Politicians being the prime example. The UK government, possibly under advice from the BIT, seems to be following this approach. Here behavioural science has helped the information be presented in the most effective way – but that information has come from scientists in other disciplines.

How can nudging help combat coronavirus?

Behavioural science tells us simply asking people to wash their hands, for example, is not as effective as making the risks of not washing more salient. At a previous role, we increased the rates of hand-washing by over 60% in a food processing plant by stamping people’s hands with a harmless food dye when entering the factory. On the stamp were icons reminding them of the relevant illnesses (listeria, e-coli, etc.), acting as an effective reminder of the consequences of not doing so.

With regard to social distancing, Danish supermarkets have installed new signage to indicate how people should stand 1.5 metres away from each other. These are techniques frequently employed to encourage ‘wayfinding’ within stores – they are simply now being employed to a different end.

And there is a wealth of insights from behavioural science that can help you with making working from home more effective and minimise the associated behavioural fatigue. My BVA Nudge Consulting colleagues have created a handy toolkit here.

On Twitter, as part of the backlash from the BIT’s work, someone posed the question: “Behavioural science is not a real science. Discuss.” My response was: “Only if you’re doing it wrong.” Use the existence evidence and best practice. Apply it where it is most effective (the best way to keep kids out of school, is to close the school – but if you want them to wash their hands at school, try a nudge as well). And continually test, learn and optimise – that’s what the scientists are doing, whether they are trying to get us to behave in the best way to stop the spread of coronavirus, or developing a vaccine.

The challenges that coronavirus presents to us as workers, businesses and society are daunting, and we all have our part to play. At BVA Nudge Consulting we are working on further guidance and resources to help. In the UK the leisure and hospitality industries stand to suffer more than most, and we are offering free help and guidance to help them minimise the impact on their business.

If you need help, whether it’s getting people to wash their hands or reassuring your staff and customers, if you need to address any behaviours related to COVID-19, please do get in touch at contact@bvanudgeconsulting.com. Like all citizens and business’ we’re deeply concerned about the impact of this virus, and anything we can do to help the collective response benefits us all.

We can’t create a vaccine, but we can minimise the impact before we get one. At BVA Nudge Consulting we believe in ‘nudging for good’: right now that means providing support to our doctors, nurses, and scientists as best we can.

Richard Chataway is Vice President of BVA Nudge Consulting UK, and author of the book ‘The Behaviour Business: How to apply behavioural science for business success’, available now. 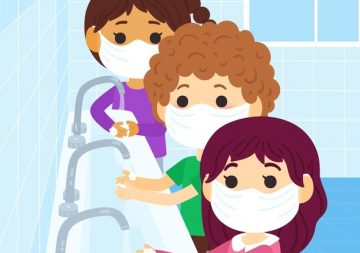 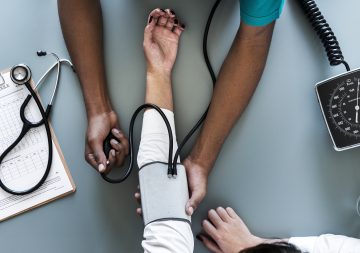 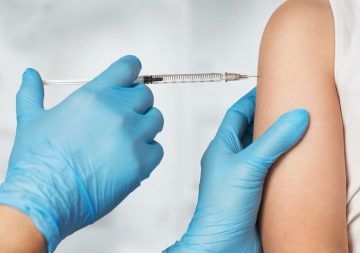