Nudging is a scientific concept, for which one of its founding fathers, Richard Thaler, received the Nobel Prize for Economics in 2017. The concept is itself based on more than 50 years of academic research in behavioral economics, a branch of science that has been honored with a string of Nobel Prizes, the most symbolic being the one awarded to Daniel Kahneman. There is much science, and many Nobel Prizes, in nudging.

A Little Science Takes You Away From Nudging: The Danger Of The Illusion Of Knowledge

A little science takes you away from nudging because a little knowledge of psychology allows you to think you know everything about nudging and might dampen the desire to dive deeply into the concept. The concept seems so simple or might make so much sense that you can quickly feel that you have fully grasped it. At this stage, nudging can rapidly be assimilated with common sense. That’s a dangerous assimilation because it takes you away from science, which is what enables effective nudges to be found and implemented. By thinking you know, you move away from knowledge and fall into the illusion of knowledge, which, according to Mariam Chammat, is “a danger for our society,” since it avoids any of the questioning, any of the doubt, that enables progress.

There are many examples where the science underpinning nudging was forgotten. Take, for example, a nudge that activated the social norm lever by announcing that 30% of people displayed the desired behavior. Unfortunately, 30% adoption of a behavior is not enough to view it as a norm. For that to happen, at least 70% of people have to adopt the desired behavior. In this case, the norm is serving as a persuasive argument rather than a behavioral motivator to act. The same applies in the case of this trash can with an optical illusion of a basketball hoop and covered opening. Whereas the initial nudge gratifies the user who scores by throwing his trash in the trash can via the hoop, the trompe l’œil replication loses the initial gratification lever, retaining only the salient aspect, alongside a direct message that is more persuasive than behavioral. 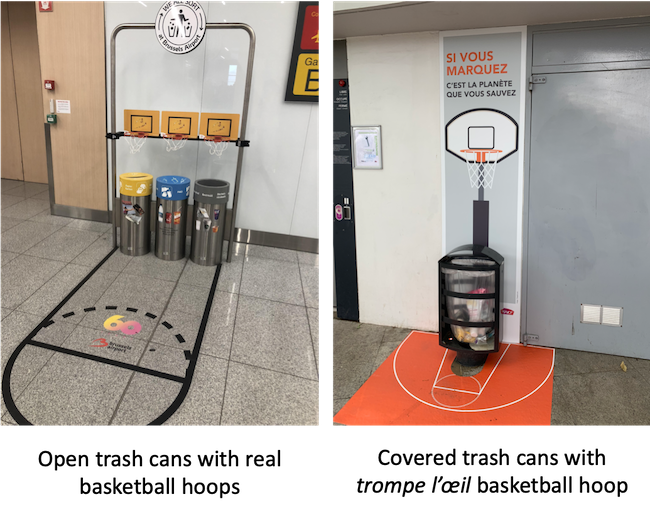 Takeaway # 1: Prioritize behavioral levers identified by science rather than levers of persuasion.

Beyond the actual execution of the nudge, other elements need to be taken into account, such as spillover effects or reactance bias. Let’s suppose that a framing effect invites individuals to choose a healthy meal. The result is virtuous. However, once a healthy meal has been chosen, the effort should be extended to encourage avoiding high-calorie drinks; otherwise, individuals may end up choosing a high-calorie drink as a reward for having chosen a healthy meal (spillover effect). Many scientific articles have documented the dangers of what is referred to as unintended side effects, often ignored by those who view nudging as common sense. Similarly, we have the reactance bias, which is activated when individuals react in the opposite manner of what was expected and in opposition to the nudge due to the context. Take for example a message inciting people to go and vote, which is effective when sent by text, but counterproductive when sent by mail, since it is then viewed as too official and intrusive.

Takeaway # 2: Anticipate the unintended side effects that a nudge might have, supported by previous research.

Much Science Leads You Back: Getting Back To Basics For Optimal Effectiveness

Much science leads you back to nudging because once current knowledge has been developed, then you can activate the fundamental knowledge that nudging is based on to increase effectiveness in relation to your goal.

Sometimes it is in the simplest execution, with a piece of paper and a pencil, that the science hiding behind the nudge becomes most powerful. Take for example the nudge tested successfully by Mickaël Dupré to encourage people to switch the light off when leaving public bathrooms. Whereas an injunctive message like “remember to switch the light off when you leave” invites 5% of people to comply, that percentage goes up to 47% when supported by two cognitive biases, the social norm and cognitive dissonance: “93% of people claim to care about the environment, what about you? So why did you leave the light on behind you?” Because certain biases are better known than others, because they are more present in people’s minds, creating nudges without a rigorous scientific process is essentially reasoning on the basis of just some of the findings of behavioral economics and, potentially on concepts you might have already used, that may not be relevant to this particular behavioral challenge. So how do you create new solutions to intractable problems if you are always using the same sources of inspiration?

Takeaway # 3: Use the learnings of behavioral economics and the lists of biases and heuristics useful in implementing nudges (e.g. the THE DRIVERS OF INFLUENCE, MINDSPACE, EAST…)

Finally, many nudges seek to activate system #1 (fast, automatic, unconscious), the goal being to facilitate the desired behavior effortlessly (like the fly in urinals that creates a trigger response, aiming at the fly, to prompt the desired behavior: leaving the toilets clean). However, when system 1 guides a person towards the wrong decision, like eating a whole pack of cookies without realizing it, the nudge may try to block it by bringing in system 2 (for a slow, considered decision), which is what portioning does by creating a decision point allowing the person to consciously choose whether they want to eat the whole pack of cookies or not.

Takeaway # 4: Think in terms of nudges that create decision points to activate system 2 in addition to the ones that activate automatic responses and system 1

*A Nudge “is any aspect of the choice architecture that alters people’s behavior in a predictable way without forbidding any options or significantly changing their economic incentives. To count as a mere nudge, the intervention must be easy and cheap to avoid. Nudges are not mandates. Putting fruit at eye level counts as a nudge. Banning junk food does not”. Thaler & Sunstein, 2008 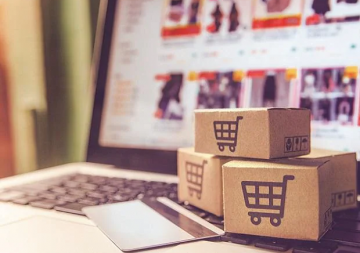